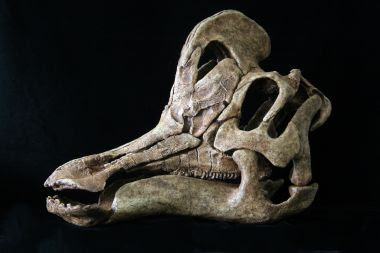 SALT LAKE CITY — A new species of dinosaur unearthed in Mexico is giving scientists fresh insights into the ancient history of western North America, according to an international research team led by scientists from the Utah Museum of Natural History at the University of Utah.

“To date, the dinosaur record from Mexico has been sparse,” said Terry Gates, a paleontologist with the Utah Museum of Natural History, Utah’s designated natural history museum.

The new creature — aptly dubbed Velafrons coahuilensis — was a massive plant-eater belonging to a group of duck-billed dinosaurs, or hadrosaurs. Velafrons is a combination of Latin and Spanish meaning “sailed forehead,” in reference to the large sail-like crest that grew atop the dinosaur’s head. The second part of the name honors the state of Coahuila in north-central Mexico, where the specimen was found.

Utah Museum of Natural History paleontologists teamed up with researchers from the Utah Geological Survey; Coordinacion de Paleontologia, Secretaria de Educacion y Cultura de Coahuila the Museo del Desierto, in Saltillo, Coahuila, Mexico; and the Royal Tyrrell Museum, in Drumheller, Alberta, Canada, to excavate and study the 72-million-year-old specimen. The species was announced in the December edition of the Journal of Vertebrate Paleontology.

Mexico’s arid climate poses challenges for dinosaur hunters, Gates explained. With little rainfall, there is minimal erosion, which means fewer fossils ever see daylight. Yet the fossils emerging from Coahuila turn out to be a vital part of the North American story for the latter part of the Age of Dinosaurs. ..... 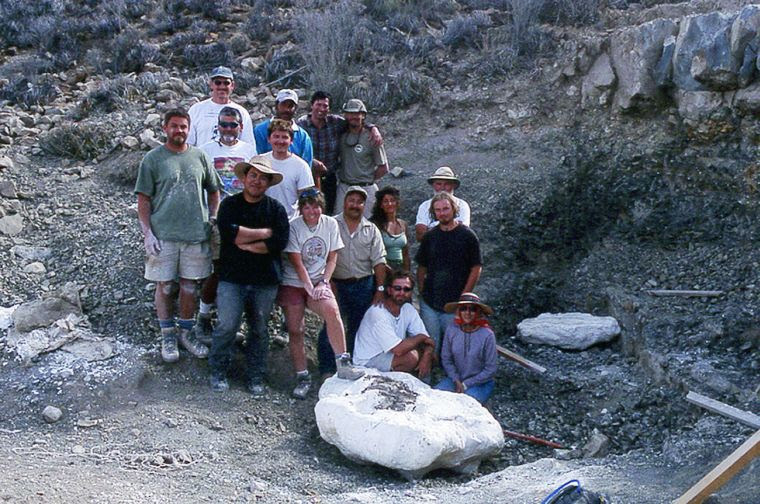 Posted by ReBecca Hunt-Foster at 12:30 PM