Friday Field Photo - what is it??

We spent the day down by Gateway, Colorado, prospecting and looking at various tracks in the Chinle and Wingate Formations. While looking at a huge track slab I happened to see something weird hanging from a tree branch. I took these two photo of it (horrible lighting, apologies). Unfortunately we forgot the good camera at home, the ok camera at the hotel, and were only left with my cell phone, so that is what I used. Since it was so cool and not something I had ever seen, I thought I would share it and see if anyone else could guess what it is. 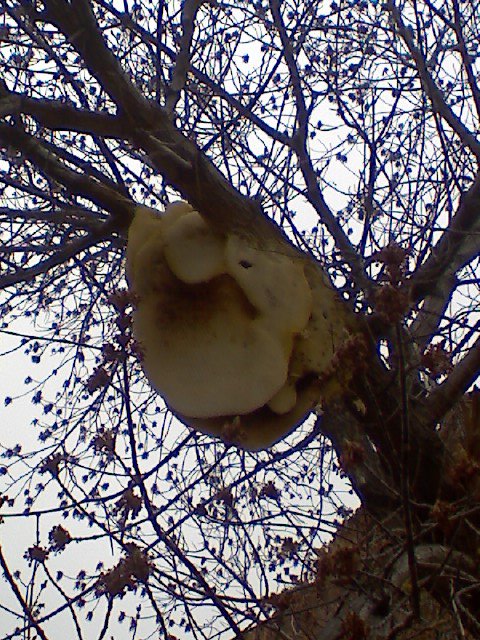 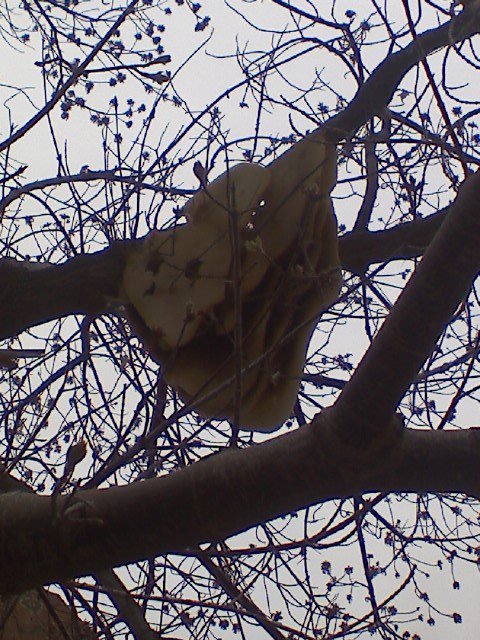 A friend of ours got this first shirt for his birthday tonight. The great search that ensued to find it yielded the following results:

© ReBecca K. Hunt-Foster
Posted by ReBecca Hunt-Foster at 12:10 AM 4 comments:

LOL This is a good one:

You can buy it over at Headline Shirts.

"Archaeologists with the group Creationists in Labcoats (CIL) said they have discovered caveman drawings in the remote town of Altoona, Kansas that confirm the coexistence of humans and dinosaurs some 6,000 years ago. What's more, they said the drawings prove that dinosaurs marched two-by-two, along with all the other animals, onto Noah's Ark.

"This discovery shatters more than a century's worth of so called scientific evidence," said expedition leader, Samuel Featherstone, who is a professor of paleoreligiology at CIL. "Dinosaurs - or 'Creation Dragons,' as they will henceforth be known - did not predate humans by some 200 million years. Rather, they walked with Adam and Eve and may have even had a hand in Jesus' crucifixion."

The news has forced scholars to completely rethink the size of Noah's Ark, which is now estimated to have been roughly the size of Alaska"

Thanks to Tom H. for the heads up.